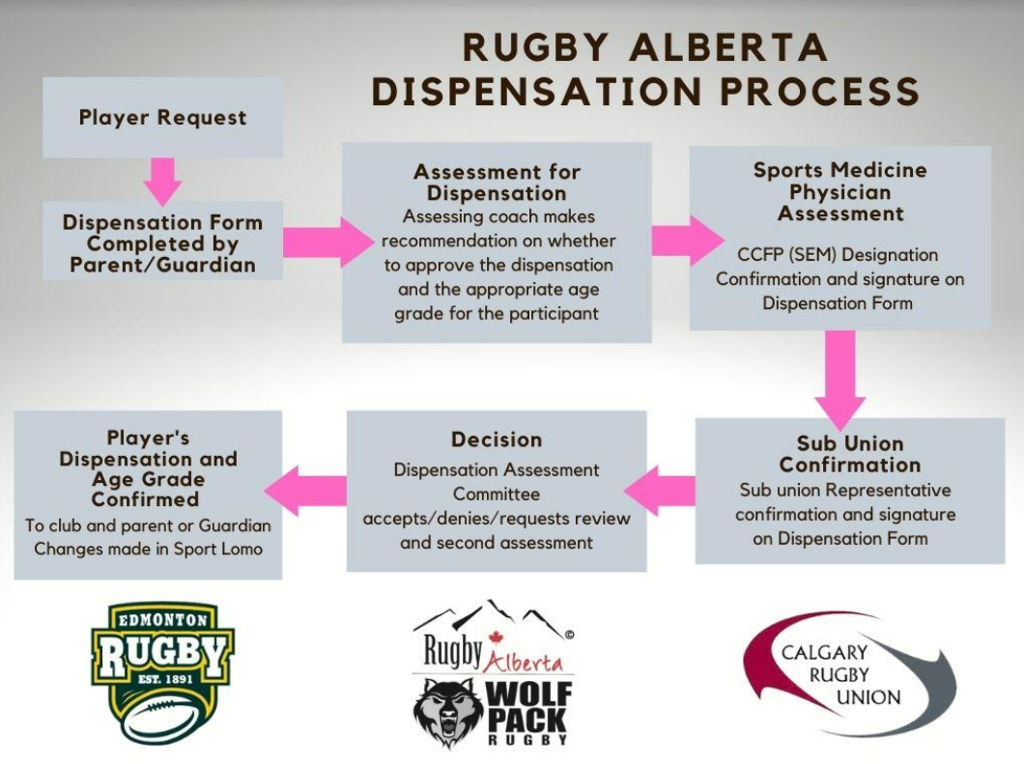 Player Substitutions for Divisions E3 and EW2:  An ERU regional ruling allows unlimited substitution and unlimited roster numbers for the lowest division in the ERU of each gender (E3 and EW2) during regular season matches only.  Unlimited meaning a player may return to the game after being subbed out unless he/she was removed for injury.

It is recommended that games with large numbers of subs be played in quarters. This should be confirmed and agreed to by both captains with the MO prior to kick off.

Substitutions are to take place only at approved breaks in the play as per the Match Official.  No rolling substitutions (hockey-style on and off at will)

If at the commencement of the game the teams choose not to play quarters, then subs shall be in accordance with the Laws of the Game

Policies and Guidelines for Youth Rugby in the ERU

Cancellations – Weather related and other